Dust off your ternary expressions, we're going in.

One-liners are tricky to maintain (and sometimes even hard to understand) but that doesn't stop them from being cool as hell. There's a certain satisfaction that comes after writing a terse solution.

This is a collection of some of my recent favorites. They will all run in your dev console so pop it open and try them out. I hope you'll share some of your own favorites in the comments!

Ali Spittel tweeted this out recently. It solves a problem I've faced multiple times. If you swap the minus for a plus, it gives you the next seven days.

This is my go-to function for creating UUIDs when prototyping. I've even seen people using it in production in the past. It's not secure but ... there are worse random generation functions out there.

A quine) is a program that outputs its own source code. Quines have always fascinated me. I've got pretty close to completing my own quines a couple of times in different languages but details are the name of the game.

I've picked some winners for you. Credit to Mama Fun Roll, PleaseStand, and Peter Olson respectively for these three.

Talk about non-maintainable code. This converts the page's query parameters to an object in 78 bytes! Thanks to Alex Lohr for code golfing it.

I'd like to see a minifier work that hard.

With a sprinkle of HTML, you can create a working clock with source code you could read out in one breath. I wrote this after a challenge from a co-worker. It ticks every second, updating the page with the current time.

Until Pythonistas show up with their import random, random.shuffle(array) solution, we're going to enjoy what we have. This has the bonus of having an infinitesimal chance of being an infinite loop (implementation depending). Don't use in production.

ES7's padEnd is a blessing. Along with padStart, they've made number to string conversions that much easier. Writing hex values right into JavaScript code is always pretty neat too.

Pass the interview in style

The infamous interview question answer but codegolfed. I researched and I don't think it can get any shorter than this.

This only works with primitives but it's still nifty. Set takes any iterable object, like an array [1,2,3,3], and removes duplicates. The spread operator makes that set [1,2,3].

A keyboard so real you can taste it

Okay, I don't really count this as a one-liner but it's too good not to include. A masterful codegolf solution by edc65. It's terse to a fault and codegolfed within an inch of its life but we should bask in its glory. 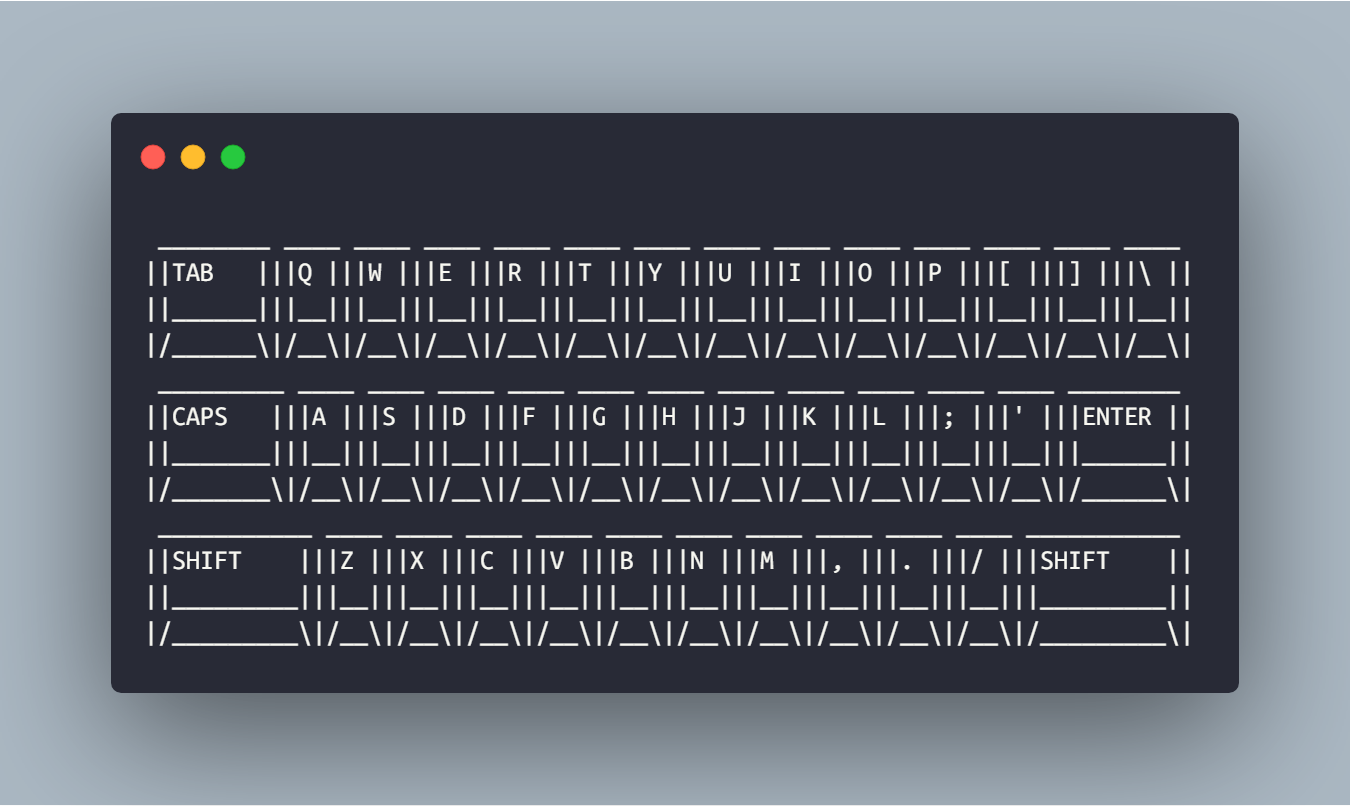 Subscribe to new posts by email. Something new approximately once per month.

← Need a Friend? Write a Reddit Bot with Python to Follow You Around (Tutorial)
Answered: What the Heck is Code Golf? →